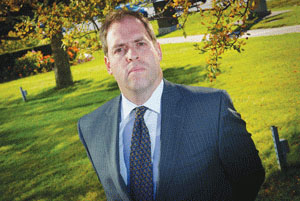 “The manner in which the father pushed for information was so overbearing, it was found to be an abuse,” says Jason Rabinovitch.

Defence lawyer Jason Rabinovitch is challenging the admissibility of statements the boy made to police in the days after Terrel was found without vital signs in a Bowmanville home.

Jason Rabinovitch, a Toronto criminal lawyer, said that even the elevated fine in this case seems “a bit lenient.” But he noted Bilby’s willingness to seek counselling and said a proactive move like that is often taken into consideration by a judge, particularly where they’ve taken steps in that regard before coming to court.

“It goes a long way towards rehabilitation, and that’s usually a very big consideration by the court,” Rabinovitch said.

A special bail hearing will be held for a teenager accused of causing the death last year of a child in Bowmanville.

The 16 year old, whose identity is protected under the Youth Criminal Justice Act, will make a bid for bail later this month, his lawyer, Jason Rabinovitch, said at the Oshawa courthouse Friday afternoon. The youth is charged with manslaughter in the death of four-year-old Terrel Vidal, who was found without vital signs at an Ireland Street home last summer.